Organ …Down to a Science with Timothy Cook 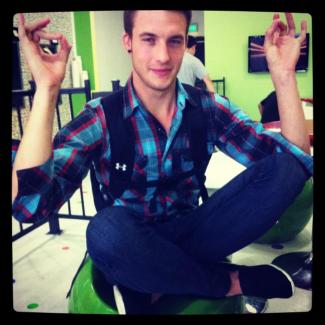 From across the ocean’s waters to Louisiana’s swamps and bayous, Timothy Cook has been submerged into two completely different cultures. He is an organist who was born in Stockton-on-Tees, England and currently lives in Thibodaux. Tim his been playing the organ for almost 10 years and has won several awards in organ competitions across the state.

As the music director at Holy Cross church in Morgan City, he must accompany the choir as an organist as well as the lead vocalist. Tim is also a full-time student at Nicholls State University as a double major—organ and piano. With so much work on his plate, he is still able to maintain a balanced lifestyle. Even Candice Wolfe, Tim’s best friend, mentioned that “there’s no such thing as being over-passionate, and that’s exactly what Tim is. He’s in overall funny and great guy with a little British ‘spice’ in his life.”

It might be unclear how science is related to organs or music at all, but, in fact, pipe organs are all about physics. The sound that comes from a pipe organ is created by the interaction between the air blowing across the mouth of each pipe and the column of air resonating inside the pipe itself. Just like all the difference sciences, there is music theory as well. It consists of melody, harmony, tonal systems, etc. Below, is a quote from one of Tim’s favorite movies, The Immortal instruments, in which he believes is 100% true—other than the whole demon aspect of it, of course.

“See, Bach discovered this and put it into a system… using a mathematical progression of tonal combinations. It allows us to expose demons.” – The Immortal Instruments

Other than just playing the organ, he also helps build 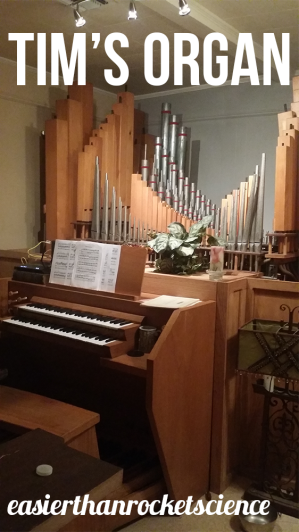 them. His father, Adrian Cook, repairs and builds organs for a living all across the nation. When there are jobs nearby, Tim likes to tag along to help tune as well as learn how to build them. He hopes to take over his father’s business, Cook Church Organs. His father said, “The heart of the organ is in both the organist and work of the organ, and without a perfect balance for both, the music will only sound forced.”

After Tim graduates college, he hopes to do more than run his father’s business. His favorite organ that he has played was in Saint Hilda’s in Hartlepool, England because his dad built the organ there and it’s one thousand years old along the coast. Some day he wishes to play there again to relive the memories in England. He also dreams to work in a cathedral as a full-time organist as well as playing at festivals, events, and weddings. 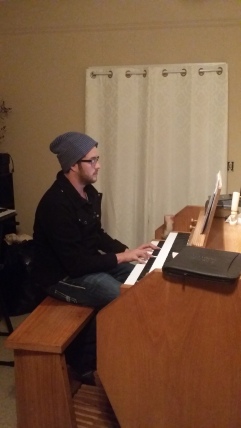 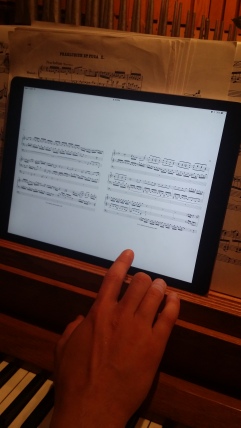